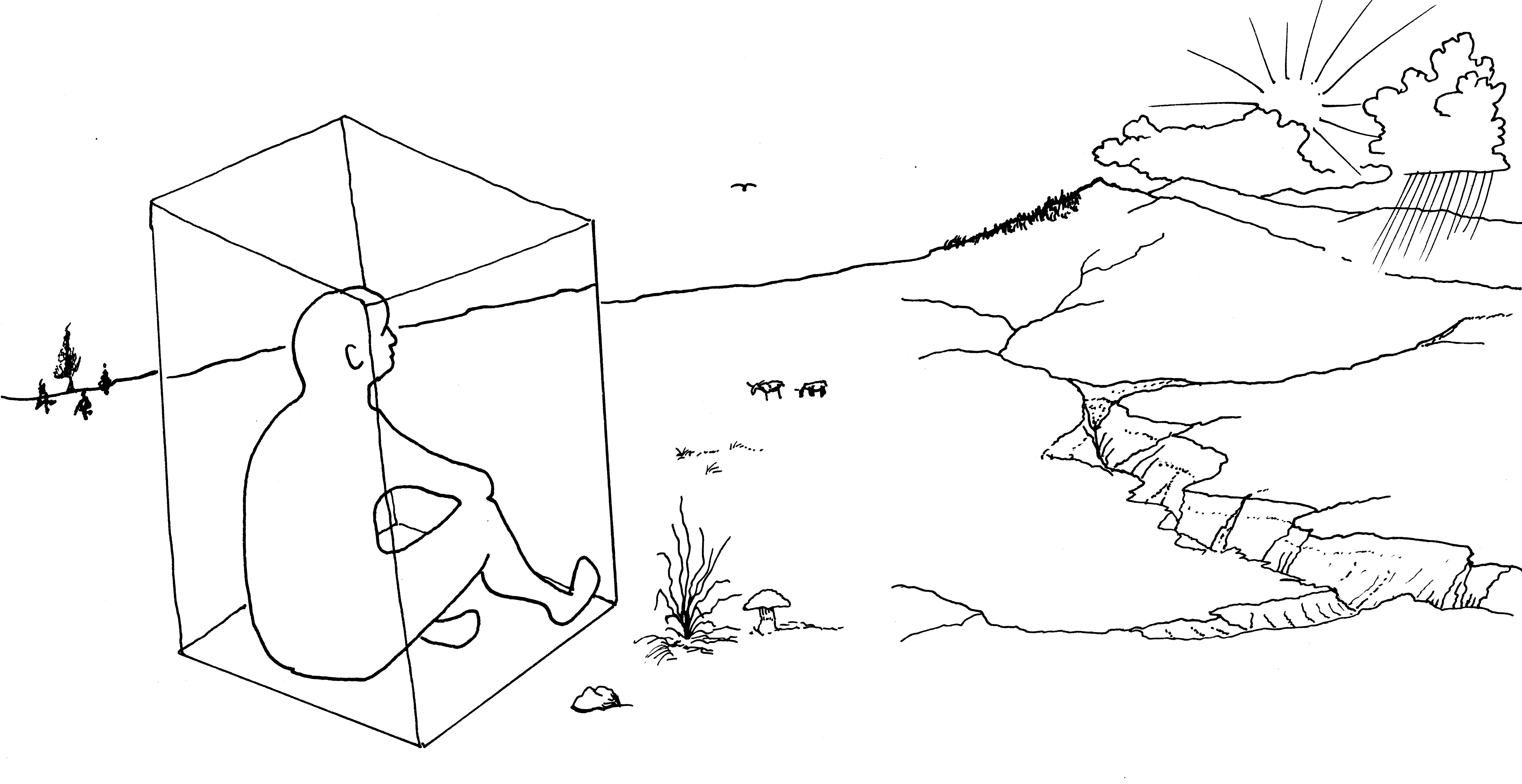 Complexity is a challenge to our understanding. We all use cognitive shortcuts or user interfaces, recognizing familiar patterns, all of which are wrong and misrepresent reality. But which questions we ask, which patterns or mental models we recognize, choose, or construct, and how we use and adapt them, have lots to do with how well we are able to learn and work with the complex patterns of the world outside our boxes.

Some recent workshops in California have triggered some reflection on the differences between presenting information, and some larger changes.

We all have paradigms, assumptions, and beliefs by which we frame the world and frame our questions about it. These beliefs and paradigms may remain invisible, and they may not correspond to reality. But they have consequences--they inform our behaviors--and some may be more useful than others in moving toward what we need and want.

New frames, paradigms, beliefs cannot be imposed, or merely announced and accepted. When we wish to offer a potentially more useful way of seeing things to others, labeling their frames or beliefs as good or bad, true or false can resemble a surprise attack, frequently unwelcome. New frames can rarely be argued into place, even with evidence--though many of us try these high-stress methods.

We may have to open the gate of change by ourselves, via our own discovery, by revising or constructing our own mental models, even making major changes to the story we tell ourselves. Often we must discard beliefs in order to discover new ones. This may seem like betrayal, disloyalty, subversion, or loss of identity, and is often very difficult particularly if we have been trained to be right, to have the right answer, the best knowledge.

Creating an environment for belief shifts takes some skill and confidence, and often this environment requires a slower rhythm than a 2-hour meeting with a timed agenda of presenting information. One of the best guides I know of is Bob Chadwick's 2013 book, Finding New Ground. There is a shorter article at https://managingwholes.com/chadwick.htm

It may be better to introduce new ways of seeing things more gradually, using small examples, making sure that learning is participatory and responds to curiosity, allowing people to construct and revise mental models of how the world works as well as human processes of change.

Most informational and scientific presentation styles do not do this. There are alternatives, and our Soil Carbon Coalition and Rancher-to-Rancher facilitators try to introduce these different questioning and participatory environments to more traditional presentation formats. We know that people need a sense of personal discovery as well as some confirmation and evidence, from other people as well as from evidence they can see up close.

For example, we try not to classify species or practices as good or bad, which is often not a useful question. Instead, try asking how the species or practice functions in larger systems such as carbon or water cycling. Our purpose is to ask better and bigger questions, focusing on opportunities in addition to problem-solving, and involve more people in asking and answering these questions.