Posted by Peter Donovan 8 years, 8 months ago
Near Arco, Idaho, I passed by the recent lava fields left by the passage of the North American plate over the hotspot that is now under Yellowstone National Park. The older flows have developed pockets of soil that support sagebrush, currant bushes, grasses, and forbs. Spider webs spread over pockets of apparently lifeless black lava, catching seeds, insects, and bits of organic material. At midday today, a weather and other instrument panel at a roadside rest stop recorded 987 watts per square meter of incoming solar energy. I'm using some of this with a solar panel, but this energy capture is dwarfed by solar energy capture by plants. Though plants are much less "efficient" than even mediocre photovoltaic panels, they maintain and reproduce themselves and arise willy-nilly on soils that are able to absorb and retain some moisture. The EBR-1 atomic energy museum near Arco, Idaho, was a fascinating stop. EBR-1 was the first nuclear power plant, and was a breeder reactor, producing plutonium fuel from U-238, and cooled with a mixture of sodium and potassium (NaK). A later design, EBR-2, underwent a successful full-power passive shutdown (no auxiliary power, natural convective cooling of the core via the sodium coolant) one month before the Chernobyl accident in 1986. President Bill Clinton shut down EBR-2 in 1994.

Posted by Peter Donovan 8 years, 8 months ago
The tour has begun, thanks to supporters and sponsors of the Soil Carbon Challenge! I've spent the last two months converting a used schoolbus into a mobile camper, and moving (and downsizing) into it. I will be on tour for the rest of 2011 in North America, doing baseline carbon plots and presentations/workshops about the carbon cycle, its importance to water, food security, and climate, and about the opportunity to turn atmospheric carbon into soil organic matter, which is fundamental to human civilization.

Posted by Peter Donovan 8 years, 10 months ago
While we're on the subject of pyramids, Charley Orchard at Landekg.com has made a useful diagram of what makes monitoring valuable. Click the image to go to the May 2011 Land EKG newsletter explaining it. 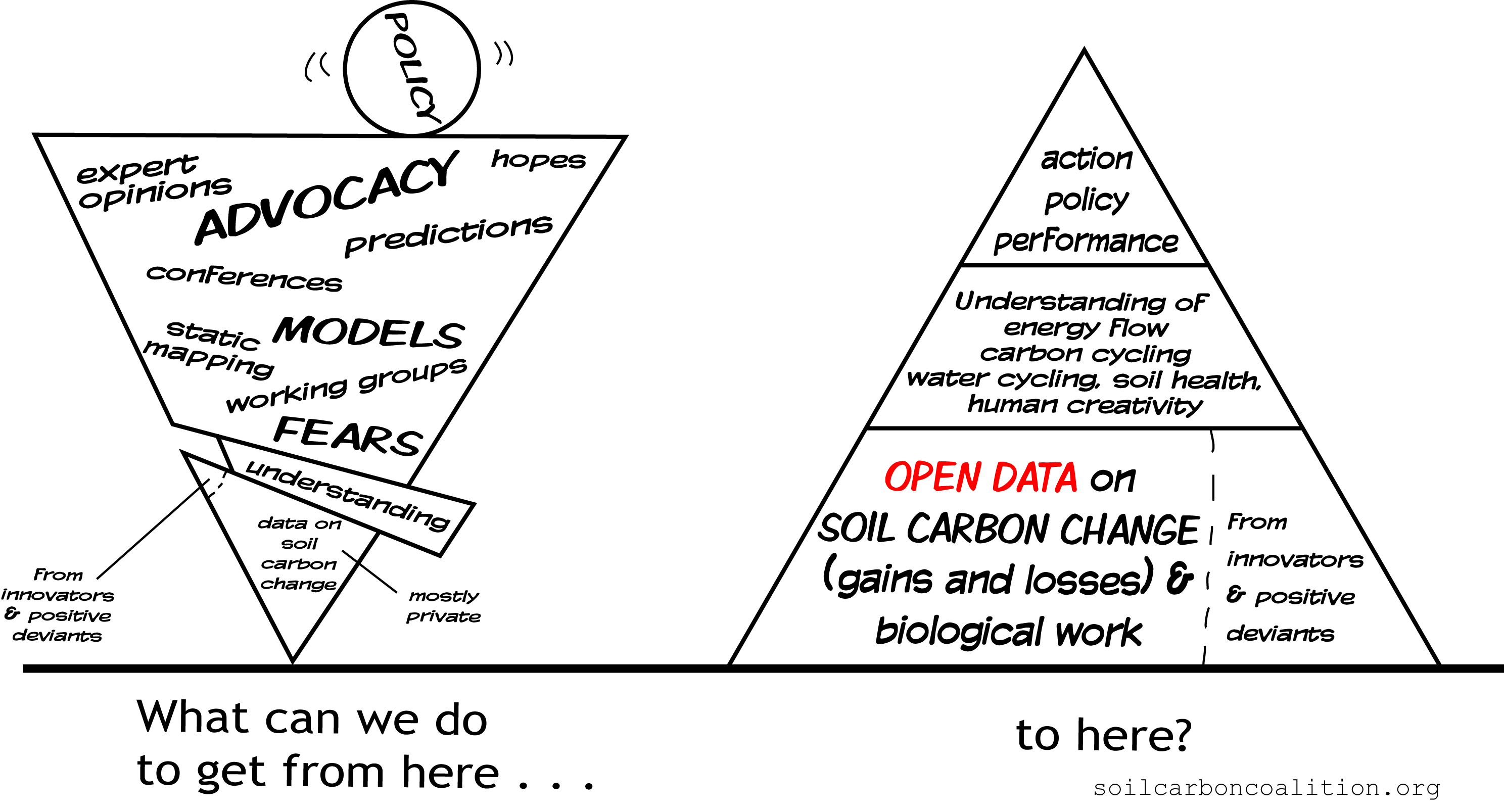