What I learned from the Soil Carbon Challenge

Posted by Peter Donovan 1 year ago in policy and framing /

This nonprofit organization, the Soil Carbon Coalition, was inspired in part by Allan Yeomans's 2005 book, Priority One: Together we can beat global warming, which Abe Collins and I had been reading. Yeomans suggested that increased soil carbon could make a difference for climate. In 2007 Joel Brown of the NRCS gave a talk in Albuquerque in which he said that according to the published literature, good management by land stewards did not result in soil carbon increase, and that it was too difficult to measure anyhow. With that, I resolved to begin measuring soil carbon change on ranches and farms that were consciously aiming at greater soil health.

I had done plenty of reporting on land stewardship and plenty of rangeland monitoring. I studied research-grade, repeatable soil sampling and analysis methods and combined them with some rangeland transect methods I had learned from Charley Orchard of Land EKG. In 2011 I bought an old schoolbus, made it into living quarters, and for most of the next decade I traveled North America slowly, putting in hundreds of baseline transects and carbon measuring sites mainly on ranching operations that had some association with holistic planned grazing. I resampled over a hundred at intervals of 3-8 years. The question I was asking was: Where, when, and with whose management, was soil carbon changing over intervals of several years? I called this project the Soil Carbon Challenge.

A lot of data accumulated. What did it show, what did it mean?

In order for there to be meaning or learning, there needs to be a context, a purpose. My purpose in embarking on this project, the question behind the question, was 1) to see if measuring soil carbon change over time could provide relevant feedback or guidance to land stewards who were interested in soil health, and 2) to see what soil carbon change, if it were significant and widespread, might imply for climate policy that was narrowly focused on more technical rather than biological solutions. Everywhere I traveled, water was the main issue for people, whether it was floods or drought. I measured soil carbon because it was central to the flow of sunlight energy through soils, critically influential for soil function, and easier to measure change than measuring soil water. At no point did I advocate for the commodification of soil carbon into credit or offset schemes.

The soil carbon change data that I got on resampling baseline plots was noisy and variable, especially in the top layers (0-10 cm depth). There were some pockets of consistent change, such as a group of graziers in southeast Saskatchewan showing substantial increases, even down to the 40 cm depth that I often sampled to. But the majority of change data that I collected did not offer solid support to the hypothesis that holistic planned grazing or no-till, for example, in a few years would increase soil carbon in every circumstance or locale, or that soil carbon would faithfully reflect changes in forage production, soil cover, or diversity.

Many of the people on whose ranches I sampled did not know what to do with the data or results, or simply interpreted the data as a judgment: a high or increasing level of soil carbon indicated good management, and low or decreasing was bad. Measured soil carbon change, especially at one or two points, was not meaningful, useful, or in some cases timely feedback, and may not have contributed much to their learning and decision making as I had hoped it might. For the most part the ranches I sampled on were widely scattered, and there was little interaction between them or mutual support, little opportunity for discussion or the development of a shared intelligence or a community of practice. The "competition" framing or context that I suggested in 2010 did not help. The effort tended toward an information pipeline rather than a platform that enabled people to take responsibility for their own learning. For a while I posted the data on this website, but that did little to foster discussion or interpretation, or encourage people to add learning to judgment.

Nor did the noisiness and variability of the data I collected offer solid support for soil carbon increase as a strategy for reducing atmospheric carbon dioxide and easing climate change--a strategy that was growing increasingly popular, with many people and organizations advocating for it, and which has resulted in new programs, policies, and markets to try and reward ranchers and farmers for increases (usually modeled rather than measured) in soil carbon.

So the Soil Carbon Challenge was at least a partial failure, in that it took aim at the problems and technical issues at the tip of the iceberg, and fostered judgment more than learning and new questions. I did take some lessons from this decade of travel, conversations, workshops, transects and soil sampling, sample processing and analysis, data entry, and associated reading and research into the history of the discovery of the carbon cycle, water cycle, and climate issues. Some of these lessons resonated with what I had learned, and then forgotten, in the trainings I took in holistic management and consensus building in the 1990s. 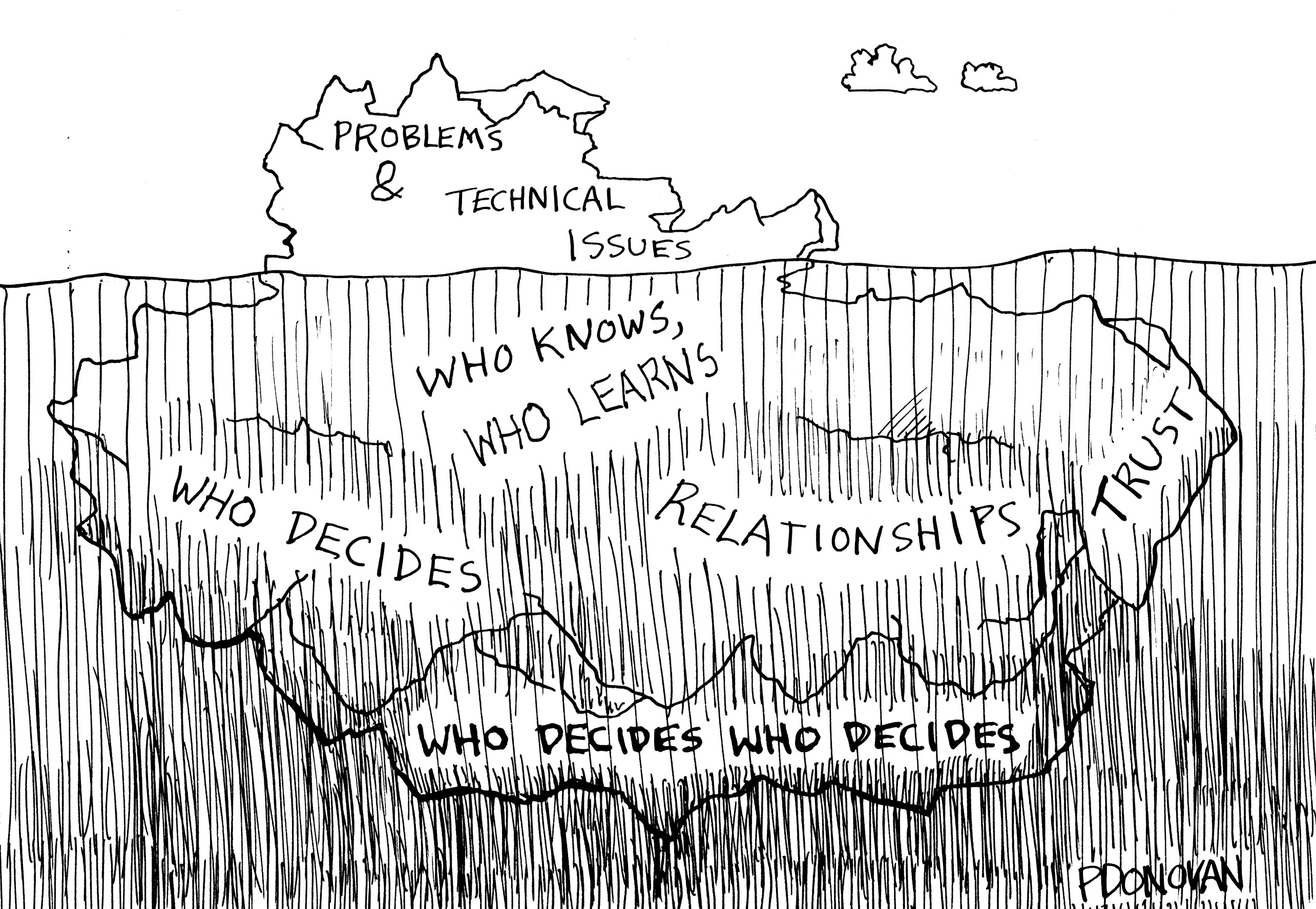 Like many attempts at "solutioneering" the problems of soil health and climate, the Soil Carbon Challenge focused on the tip or immediately visible portion of the "iceberg," and was not designed around the center of gravity: human or people issues, paradigms and power, relationships and trust.

What I learned (or saw from a new perspective, or rediscovered):

1. Energy is a context for all life

and energy flow, from sunlight, is a pattern that connects all knowledge and activity. However, energy is an abstraction: we can only know it, sense it, or measure it by its results, the work it does, the changes it creates. Our planet is an open system largely run by sunlight energy. As I wrote here, "We are riding an enormous, incredibly complex, fractal eddying flow of sunlight energy used in many ways by interrelated communities of self-motivated living organisms whose metabolisms, behaviors, and relationships are increasingly influenced by our own." And, as Selman Waksman, Aldo Leopold, and others realized, soil is a major hub for sunlight energy flow.

are a context for the emergence of a community of practice, of a shared intelligence. These are social groupings where people share what they are learning, and are able to witness or share in the learning of others, and so gain an enriched perspective, with dialogue. It helps if these are participatory, ongoing, local, and include evidence as well as new questions. Some degree if trust is needed in order for judgments to ripen into learning, and listening is a key ingredient. Over the past year or so I have developed soilhealth.app as a way of supporting learning networks around soil health and sunlight energy flow, and am seeking partnerships on that project.

It's not that measuring soil carbon is a bad or useless thing, but a good context or purpose is needed. We learn from differences. Here are 4 suggestions for learning, about different kinds of differences, all of which may surprise and spark your curiosity: 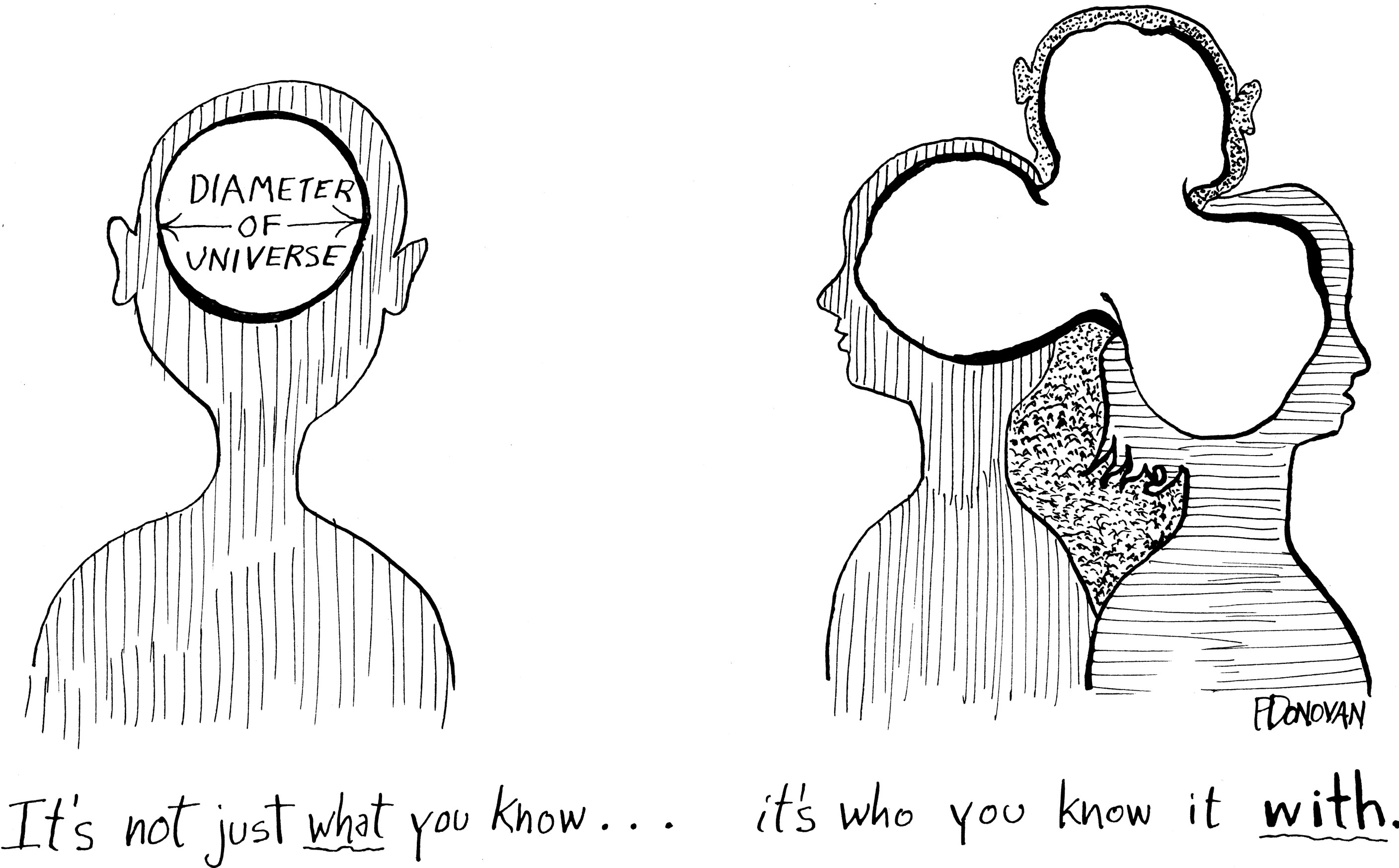