Walter Jehne, former CSIRO Climate Scientist and Microbiologist, founder of Healthy Soils Australia, explains the role of water in climate change and climate mitigation at an intensive workshop at Lake Morey Resort in Vermont, USA (November 2016). Water is the largest greenhouse gas and yet climate models have not fully included it because 1) it is considered too hard to model and 2) it is not considered possible for humans to influence. Jehne shows how we CAN work with hydrological cycles and the soil sponge to naturally, safely cool the climate, but only if we get started right away. 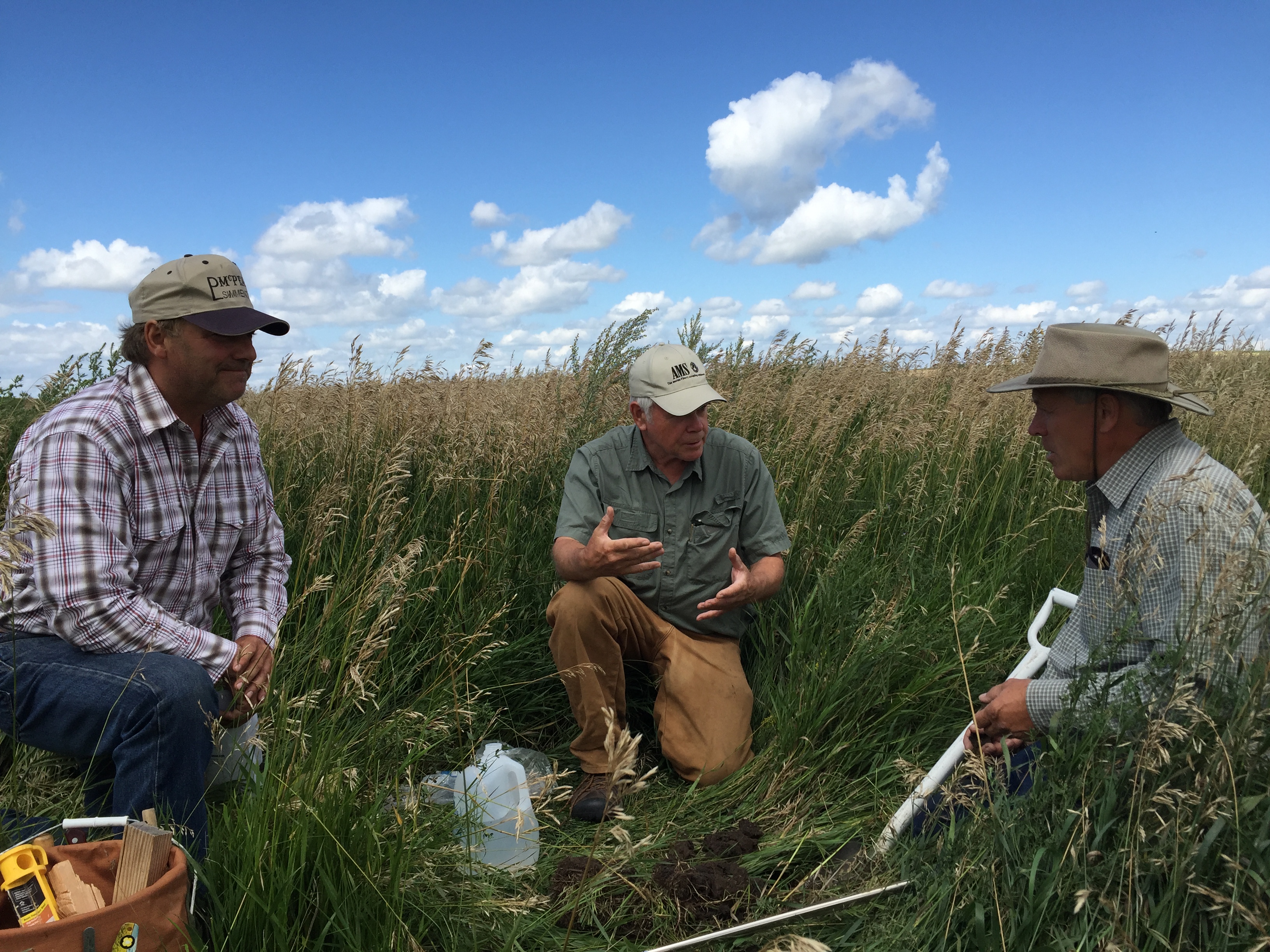 Soil health and structure is the background and center of gravity for most of our big issues, including water, agricultural productivity, local economies, and resiliency to extreme weather events. Here Todd McPeak, Peter Donovan, and Jay Fuhrer are testing water infiltration in one of Todd's hayfield/pastures in North Dakota. Photo by Didi Pershouse